Dan walks right into the evolution vs. creation debate with his science project. He is excited about “Primeval Soup” and how it tells the story of evolution but now he has to worry whether he will lose his new, best friend, Alex. Alex believes in God and creation and wants Dan to change his project. Dan never gave church or God much thought until their friendship is threatened.

This book is written for atheist parents or other non-religious families whose children may face difficulties when their non-belief in a deity is questioned.

Stones into Schools: Promoting Peace with Books, Not Bombs, in Afghanistan and Pakistan was released on December 1, 2009. Over the past sixteen years, Greg Mortenson, through his nonprofit Central Asia Institute (CAI), has worked to promote peace through education by establishing more than 130 schools, most of them for girls, in remote regions of Pakistan and Afghanistan.

The story of how this remarkable humanitarian campaign began was told in his bestselling 2006 book, Three Cups of Tea. Mortenson’s philosophies about building relationships, empowering communities, and educating girls have struck a powerful chord. Hundreds of communities and universities, as well as several branches of the U.S. military, have used Three Cups of Tea as a common read.

The Codex Gigas (English: Giant Book) is the largest extant medieval manuscript in the world.[1] It is thought to have been created in the early 13th century in the Benedictine monastery of Podlažice in Bohemia (modern Czech Republic). During the Thirty Years’ War in 1648, the entire collection was stolen by the Swedish army as plunder and now it is preserved at the National Library of Sweden in Stockholm.[1] It is also known as the Devil’s Bible because of a large illustration of the devil on the inside and the legend surrounding its creation. WikiLink

A Book by Robert Lanza , and Bob Berman

Every now and then, a simple yet radical idea shakes the very foundations of knowledge. The startling discovery that the world was not flat challenged and ultimately changed the way people perceived themselves and their relationships with the world. For most humans of the 15th century, the notion of Earth as ball of rock was nonsense. The whole of Western natural philosophy is undergoing a sea change again, forced upon us by the experimental findings of quantum

theory. At the same time, these findings have increased our doubt and uncertainty about traditional physical explanations of the universe’s genesis and structure.

Biocentrism completes this shift in worldview, turning the planet upside down again with the revolutionary view that life creates the universe instead of the other way around. In this new paradigm, life is not just an accidental byproduct

of the laws of physics.

Biocentrism takes the reader on a seemingly improbable but ultimately inescapable journey through a foreign universe–our own–from the viewpoints of an acclaimed biologist and a leading astronomer. Switching perspective from physics to biology unlocks the cages in which Western science has unwittingly managed to confine itself. Biocentrism shatters the reader’s ideas of life, time and space, and even death. At the same time, it releases us from the

dull worldview that life is merely the activity of an admixture of carbon and a few other elements; it suggests the exhilarating possibility that life is fundamentally immortal.

Biocentrism awakens in readers a new sense of possibility and is full of so many shocking new perspectives that the reader will never see reality the same way again.

From the Back Cover

Praise for Robert Lanza’s essay “A New Theory of the Universe,” on which Biocentrism is based:

“Like A Brief History of Time, it is indeed stimulating and brings biology into the whole…. The book will appeal to an audience of many different disciplines because it is a new way of looking at the old problem of our existence. Most importantly, it makes you think.” ―E. Donnall Thomas, 1990 Nobel Prize winner in Physiology and Medicine

“It is genuinely an exciting piece of work…. The idea that consciousness creates reality has quantum support … and also coheres with some of the things biology and neuroscience are telling us about the structures of our being. Just as we now know that the sun doesn’t really move but we do (we are the active agents), so [it is] suggesting that we are the entities that give meaning to the particular configuration of all possible outcomes we call reality.” ―Ronald Green, director of Dartmouth College’s Ethics Institute

“Robert Lanza, a world-renowned scientist who has spanned many fields from drug delivery to stem cells to preventing animal extinction, and clearly one of the most brilliant minds of our times, has done it again. `A New Theory of the Universe’ takes into account all the knowledge we have gained over the last few centuries … placing in perspective our biologic limitations that have impeded our understanding of greater truths surrounding our existence and the universe around us. This new theory is certain to revolutionize our concepts of the laws of nature for centuries to come.” ―Anthony Atala, internationally recognized scientist and director of the Wake Forest Institute for Regenerative Medicine at the Wake Forest University School of Medicine.

Read more about this book at Amazon.com

I love Max Blumenthal! He has balls the size of China! 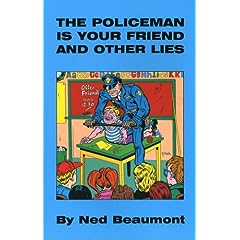 Vegetarians, “the enemy of everything good and decent in the human spirit,” as Anthony Bourdain famously said, have long been derided as crunchy, cause-loving extremists; not to mention vegans (whom Bourdain likens to Hezbollah), whose dietary choice is often regarded with open-mouthed expressions of dismay. But in these carcinogenic days of globally warmed all-you-can-E. coli obesity, even the most stalwart carnivores are wondering if perhaps we should try eating a little lower on the food chain. It is precisely this notion–eschewing meat for the health of the body, spirit and planet–that Jeffrey Moussaieff Masson tackles in his clear, concise and deeply thoughtful new book.

A long-time vegetarian, Masson wisely avoids lapsing into the kind of hysterical screed that prompts knee-jerk anti-vegetarian reactions, opting instead to present his case with logical, scientifically-backed arguments. To begin, he challenges the notions that humans a) were designed to eat meat, b) need meat to be healthy and c) can’t evolve out of eating meat. Next he addresses the very real (and well documented) danger that intensive animal agriculture and aquaculture pose to the environment. Just a few examples: livestock produce more greenhouse gasses than the entire transportation sector, antibiotic-laden manure run-off is poisoning our waterways, aquifers are becoming depleted and countless acres of rainforest are leveled to make room for single-crop feed. Perhaps even more alarming (since it is so much more immediate for most of us) is the toxicity of the meat we eat. That meat and dairy are loaded with hormones and antibiotics is perhaps not new information. That farmed salmon are dyed with toxic chemicals to achieve the pink color that wild salmon get from eating shrimp or that farmed fish are exposed to known carcinogens to rid them of sea lice may, however, come as an unwelcome surprise to the many who consider fish a “health” food.

The Open Piehole
Blog at WordPress.com.